Transcript for first video Joe Namath Talks About Brain Injury, Treatments We’re back now with NFL hall of famer Joe namath weighing in on the crisis of brain injuries for former football players. He helped open a neurological research center and now claims an experiment treatment is helping to improve his memory. ABC’s Matt Gutman has the story. Reporter: Joe namath was good in the theater of football. Famously guaranteeing a victory in super bowl iii. He was also good at taking hits. He still remembers some of the worst ones. It was a hard hit and a gold flash, man, I never will forget that. Did you know you had a concussion? No, absolutely not. I don’t know about concussions, but I had a lot of smelling salts. Reporter: All those hits took on new meaning for him after the suicides of football greats including junior sea. He says he suffered from forgetfulness so he had himself tested where they diagnosed him with traumatic brain injury. You can see here’s the right temporal lobe. There’s huge asymmetry. Reporter: You can see here how this section of namath’s brain is dark. Dr. Lee fox says it’s because it lacks blood flow. Namath tells ABC news that like others he had bouts of the blues. Did you ever think of suicide? I’ve thought about that but I don’t plan on doing that. No. Joe, how many times do you think you’ve been in one of these chambers. 120. Reporter: Instead he started hyperbaric oxygen treatments at Jupiter. They know that this compressed pure oxygen can heal wounds by creating new blood vessels and improving circulation. Doctors here hoped it would increase blood flow in the brain. Doctors placed Namath in these pressurized glass tubes 120 times over a seven–month period. Each time he breathed in 60 minutes of 100% pure oxygen and found an improvement in flood flow in the brain and his cognitive abilities. Were you surprised that it’s — Certainly this is a very dramatic improvement. An area that was sleeping and Dore perhaps has now woken up, so to speak. Reporter: Now Jupiter has an early face clinical trial looking at hyperbaric oxygen and brain injury at the newly named Joe Namath neurological research center but doctors note this is uncharted territory in the prevention of degenerative brain diseases in athletes. Joe Namath may have increased blood flow in the brain but we don’t know that that means he won’t develop CTE. I understand people are looking for hope here, but the data on hyperbaric oxygen doesn’t show that it really works. People shouldn’t be spending their money on this. Reporter: The trial costs up to $70,000 per person. The hospital says it’s raising funds to cover that cost and hopes it can replicate Namath’s results in others. But Broadway Joe says his memory has improved and counts on being around for awhile. He guarantees it. For “Good morning America,” Matt Gutman, ABC news, Miami.
Transcript for second video Joe Namath Says With What He Knows About Head Injuries He Wouldn’t Play Football As the star quarterback for thirteen seasons with the New York jets’ Joseph name it’s took his fair share of hard hits. I didn’t pay much. The pension. To the fact. There that had been hit in the head several times knowing now what you know about traumatic brain injury would you play football. Again. Now. I hate to say that because if I had a child that wanted to lay out let him play but I’d wait until later on you know like he’s developed a little more this instrument that we have that we bimbo list with it’s not designed dent. We’re the kind of contact in the physical abuse that your body takes playing in that sport this is mister Damon’s first scanned he had before he started treatment. Nearly three years ago name it reached out to doctor Lee fox at Jupiter medical center the hall of Famer was worried whether several concussions during his career. Cause any permanent damage. He knew he wasn’t a 100% but didn’t realize that he really had significant problems. Here’s a look at name is brain scans from 2012. Once side of his brain the area that’s yellow and orange shows normal blood flow in function. On the other side the purple and blue area the brain cells were getting the oxygen they needed open. Big difference. It’s a different that both sides should be the same and we actually see a very big difference between his two temple rooms when you first saw that scanned. And you saw that there were some issues that that had to be pretty worrisome. I was scared of core I don’t know now absolutely. You name it became the first patient in what would become a groundbreaking clinical trial at Jupiter medical center. For seven months five days a week he spent an hour inside one of these hyperbaric oxygen chambers. Oxygen has long been used to treat wounds doctors wanted to see if it could heal traumatic brain injuries. Bite waking up damage cells and revitalizing them. Dr. Barry missed skin is the medical director of hyper sex. Would it does is it uses oxygen as a drug and it takes oxygen under pressure and the oxygen is able to get to areas. That normally wouldn’t be able to get to because of injured tissue. By the putting it at higher pressures when did you start to see some. Improvement are feeling a little better after. The first forty dives we took another series of cognitive tests than we took another brain scan. And we saw improvement than in both areas. After the first time treatments you already saw significant improvement we sort of basically he normalized to scan. This scans say at all read a number that first look this was name is brain. Now look at it the damage. Gone. Dance beautiful and I really feel like I’ve gotten sharper yes. 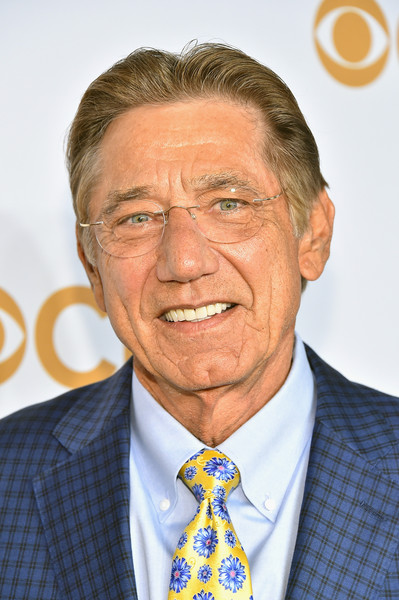 Joe Namath Rejuvenated With Oxygen Therapy ​ http://www.newsmax.com/Health/Headline/Joe-Namath-hyperbaric-oxygen-therapy/2015/05/17/id/645130/ By Sylvia Booth Hubbard   |   Sunday, 17 May 2015 Football legend Joe Namath is helping bring publicity to an underutilized treatment for brain injury: hyperbaric oxygen therapy. Flooding the body with pure oxygen while the patient lies inside a pressurized chamber has been used since the 1930s to treat decompression sickness (the “bends”) that occurs when a diver resurfaces too quickly. In following decades, researchers discovered that hyperbaric oxygen therapy (HBOT) was helpful for a host of other conditions, including brain trauma, stroke, multiple sclerosis, cerebral palsy, autism, and Alzheimer’s. However, the treatment has largely failed to gain a foothold in the U.S. despite its widespread use in other countries. “It’s the best-kept medical secret in our country,” William S. Maxfield, M.D., a pioneer of hyperbaric medicine, tells Newsmax Health. Namath, a Hall of Fame quarterback, said HBOT has rejuvenated him. “I sustained my share of concussions playing pro football and had recently experienced some concerns such as fatigue and decreased cognition,” said the 71-year-old New York Jet icon. “Also, the 2012 suicide of star linebacker Junior Seau of the San Diego Chargers left a lasting impression on me when I learned that it may have been caused by chronic traumatic encephalopathy, a degenerative brain disease, often a result of multiple concussions.” Namath decided to undergo testing, which included a cognitive assessment and brain imaging, and found he suffered from traumatic brain injury. Damage was particularly noticeable on the left side of his brain, where impacts during his football years were most severe. Namath underwent 40 sessions of hyperbaric oxygen therapy over a period of six months at Jupiter Medical Center in Florida. His physician, Dr. Lee Fox, said that after treatment, brain scans started to show new activity. Special: New Probiotic Fat Burner Takes GNC by Storm “The whole area of the brain just came back to life,” Dr. Fox said in an interview. “He was feeling better. He was finding the right words.” In addition, Namath’s sleeping improved. During HBOT, which usually takes place in a pressurized steel and acrylic tube, air pressure is slowly increased until it’s two to three times that of sea level. As patients breathe normally, their lungs absorb increased amounts of oxygen — up to 15 times as much compared to breathing at sea level. Super-oxygenated blood is carried throughout the body, promoting the release of growth hormones and helping the body heal. Cells are regenerated and, in the case of those suffering from traumatic brain injury, new brain tissue is created. “A treatment usually lasts about 90 minutes,” said Dr. Maxfield. “It takes 10 or 15 minutes to go to pressurization. The patient then breathes at optimal pressurization for an hour before pressure is slowly lowered.” The only unusual thing most patients notice during treatment is their ears popping like they do during plane flights as the pressure increases and decreases. “Brain injuries run a minimum of 20 treatments and average about 40,” says Dr. Maxfield. Prices vary widely. Treatments at a specialized treatment center usually cost about $200 to $250 per session, said Dr. Maxfield. If a condition is approved for hyperbaric treatment in the United States, it is covered by most health policies, including Medicare and Medicaid. Approved conditions include decompression sickness, problem wounds, radiation injuries, skin grafts, carbon monoxide poisoning, and burns. Brain injuries are not approved. Dr. Maxfield believes that many additional conditions should be approved, such as Alzheimer’s, autism, cerebral palsy, and multiple sclerosis. “Russia is far ahead of us in this area,” he said. “Currently, 17 indications are approved in the U.S. as opposed to 73 in Russia.”